Burn all the calendars

oniugnip and I started dating, we were living in different cities, three time zones apart. Despite being busy with jobs and things, we made it our project to see each other at some point during each calendar month. He flew a lot. I flew a lot. We made it work.

That first year, every time we got to be together, I made it my project to make sure there was a picture of us. Some of them were taken by good photographers, but an awful lot of them were taken by me. I tried to be inconspicuous about it, and indeed, six or seven months went by of me holding out a camera for poorly-lit arm's-length snapshots of our faces before Alex remarked, "We've got a lot of that picture." I went for fourteen consecutive months before missing a month.

(click for larger versions; mouse over for dates and places) 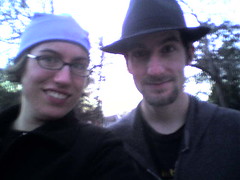 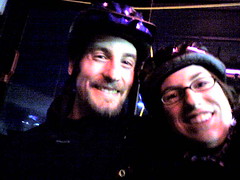 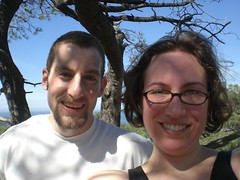 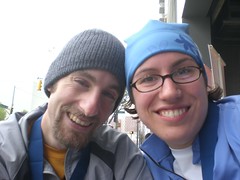 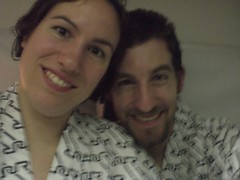 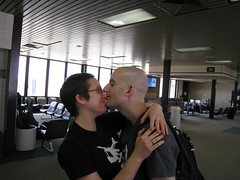 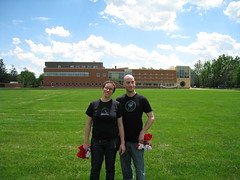 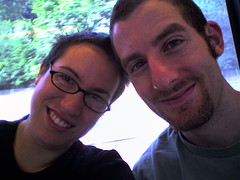 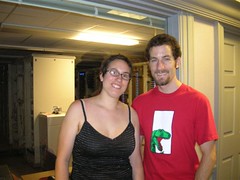 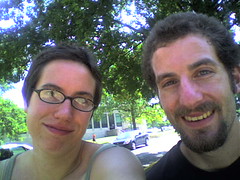 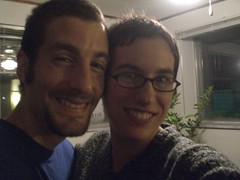 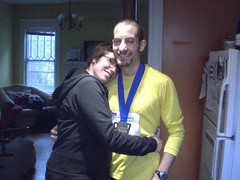 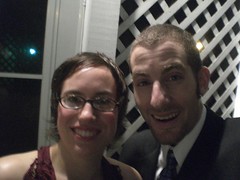 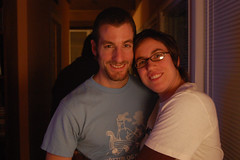 In the fullness of time, I suppose I became more interested in living life than in creating photographic evidence that I had a boyfriend, and so I stopped taking so many photos of us. But I've had this post in draft for, oh, three years now -- in fact, today is the third anniversary of the day we met -- and so now seems like as good a time as any to share the photos from those first fourteen months. (You'll have to go digging yourself for more recent ones, if you're so inclined.)

So what do these pictures have to do with anything? Well, you see, another reason I stopped taking a picture every month is that a month stopped feeling like a significant increment of time. Before Alex, I'd never dated anyone for even so long as a year. With Alex, as fourteen months became sixteen became twenty become thirty and beyond, it's gotten clearer and clearer that however many months we get to spend together, it isn't going to be enough. We've got big plans, and we're just getting started, and at three years in, we're pretty sure we're going to need our whole lives to have this relationship.

So, we're going to get married!

We don't think anyone is going to be shocked. In fact, we don't think anyone is even going to be surprised. Don't ask us for the date -- we don't have one of those yet. We don't have a place yet, either. (I don't even have a ring yet. Um, am I supposed to have one of those? I don't know, I've never gotten engaged before. Engaged. Dang.) I used the word "fiancé" for the first time this evening, in a phone conversation with Dave Herman shortly after he offered me an internship. It was awesome. Saying "fiancé", I mean. Well, being offered an internship at Mozilla was pretty cool, too, but it's not as cool as marrying the boy I love.

Oh, and those pictures up there? They're sort of old and blurry. Here's what we actually look like. This one was taken by a professional. 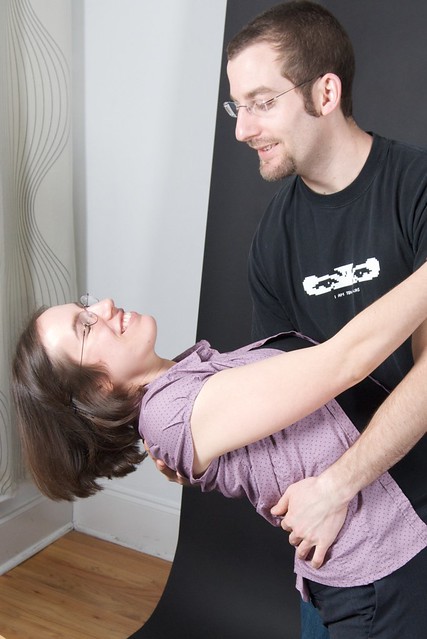